As one of the fastest growing school districts in Texas, Forney ISD is preparing to open several new campuses over the next few years. The community submitted nominations for facility names during June, and the board of trustees tasked a community facilities naming committee with reviewing and forming a recommendation.

On Monday, Augusts 8, the Forney ISD board of trustees voted unanimously to accept the facilities naming committee recommendation, which included:

Mary Lou Dewberry was a Forney ISD paraprofessional for 27 years, who had a huge impact on her students across 4 decades.

She was born Jan. 30 1933 in Forney Texas to James & Annie M Oliver. She attended Booker T. Washington School in Forney and graduated in 1949.

She started her career in Forney ISD in 1966 during the last year of segregation at Booker T. Washington. She then spent a year at the 7th and 8th grade school before spending the majority of her career at Forney and Criswell elementary schools.  After working in the office at Forney Elementary office, she found her passion was as a kindergarten aide when early childhood education opened in 1973.  She retired from Criswell in 1993. 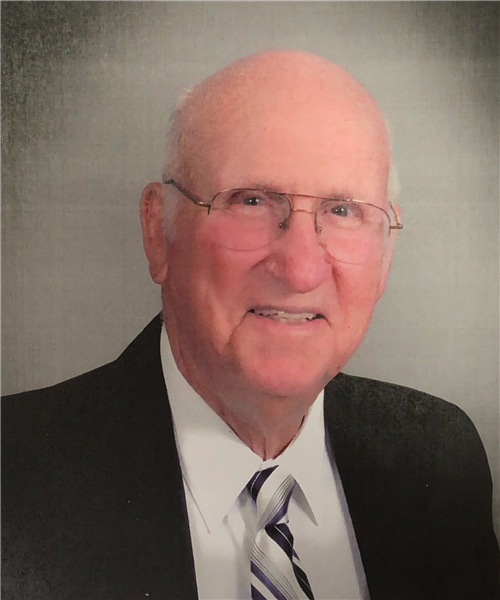 William Edward “Ed” Wilson was a principal and math teacher of Forney HS for 9 yrs, starting in 1963. During that time, he served as the 1972 Director Special Education Cooperative for Kaufman & Rockwall counties and the 1976 President of the State Special Education Organization.  In 1993 First recipient of the Texas Administrators Hall of Honor for championing special education funding and the Special Education Section of the State School Finance Bill. After retirement, he consulted for Dallas County Schools for 9 yrs, and in 2010 was inducted into the Forney Ex-Students Association Hall of Honor.  He is the Current Chairman Kaufman Emergency Services District, where he’s served the last 21 years. Ed and Gail, his wife of 71 years, have three adult children who graduated from Forney High School, six grandchildren who graduated from Forney High School, and numerous great-grandchildren and great-great grandchildren.

Ed is a lifetime educator who is still going strong at 93 years young. 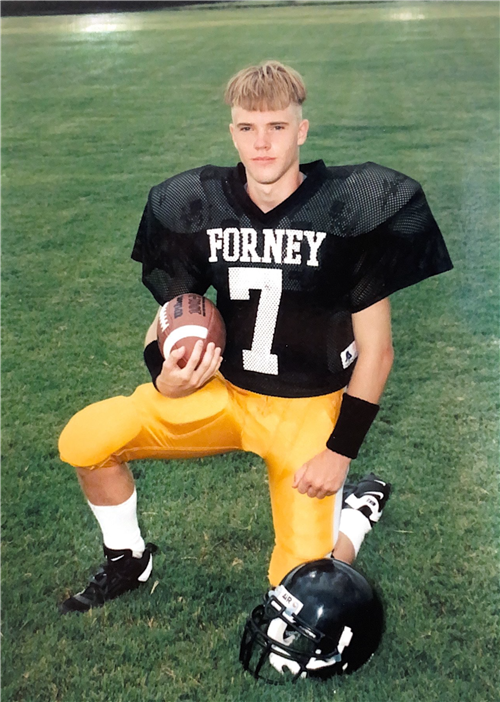 Clay Jones was the youngest son of Barry and Linda Jones, and the brother of Casey and Corby Jones. Clay was an outstanding honor student athlete who loved football, basketball, track and skiing.  Clay was a 16 year old 10th grader when he was struck by lightning while practicing football at Forney high School on August 29, 1995. He died on September 2, 1995 and his organs were donated to save multiple lives. Through the Clay Jones Legacy Foundation, hundreds of scholarships have been presented to high school seniors in the community. Also, his death played a part in high schools adopting new safety measures to protect players from inclement weather over the last 25 years.

Donald P. Themer, 4-sport letterman and National Honor Society member, graduated from Forney as Valedictorian in 1969. While attending East Texas State University, he was an Honors Program student, inducted into Alpha Chi National Honor Society, and employed as a University Tutor, before graduating with a Broad-Field in Social Sciences first major and English second major Bachelor of Science Degree in 1973. Returning to serve as an educator in Forney ISD for 37 years, Themer’s classes included English, social studies, humanities, journalism, speech, and athletics/physical education and included coaching a National Champion in Girls’ Track. He also was National Honor Society sponsor, Yearbook advisor, and U. I. L. Academic coach, which included coaching four State Champions. He was “Teacher of the Year” more than once, was chosen as the Mirabeau B. Lamar Award recipient, and helped to initiate the Advanced Placement Program at Forney High. In the Forney community, he served on the Forney Ex-Students Association and Library, Hillcrest Cemetery, and Forney Historic Preservation League Boards of Directors, was a member of the Planning and Zoning Commission, and volunteered as a local coach for FYA baseball and Little Dribblers basketball. In addition, he taught Kaufman County remedial night school and GED classes for those seeking high school diplomas. His picture plaque is in the Administration Building’s Forney Ex-Students Hall of Honor, and he has been writing the Forney History Column in the Forney Messenger for nearly a decade. Themer has also served his Church as President of the Congregation, Youth League Director, Sunday School teacher, and member of the Boards of Elders and Trustees, and he is currently Co-Director of the Outreach Ministry. Don’s wife, Vivian Themer, is a 1978 graduate of Forney High School as well as all 3 of their sons. Vivian attended Tyler Junior College and was a member of the Apache Bells. When she attended East Texas State University (now Texas A&M University/Commerce), she was inducted into Alpha Chi, which is a College Honor Society. She graduated from Texas Woman’s University in 1991 with a Bachelor of Science Degree with a focus on home economics. She earned her Master of Education from Texas A&M University/Commerce (focus on educational administration) in 2011. She taught Home Economics and Special Education. She was also the Assistant Principal at Blackburn Elementary School for 4 years. Vivian earned Teacher of the Year 2 different years and served in many roles: Department Chair of Special Education, served as a member of the District

For more information about the Forney Independent School District, contact the Forney ISD Marketing and Communications Department at info@edu.forneyisd.net or by phone at 469-762-4100.